I’ve been an owner of an Arduino board for some time already, but until very recently I didn’t really find some time to play with it.

I do have experience with computing and other IT stuff, but honestly I wouldn’t say that I’m very experienced when it comes to electronics and microcontrollers, so that was something new for me to learn, and while doing it I’m having lots of fun! :)

I find the idea of making things which can interact with the environment around you very interesting, so I’ve decided it’s about time for me to start creating things with my Arduino!

When starting with something new, you usually start with the basics, and that’s what I did. My first projects involved turning LEDs on and off, adding buttons to my circuits and in general playing with every component I found in my kit. It was fun! :)

One day I saw a video on Youtube where some guy created an Arduino project for home automation – now that was cool. I decided that I would also give it try, but first it was time to do some prep work…

So, I’ve decided that I would do things one at a time, small simple projects which would later on be merged into the final one – lights automation @ home!

The first thing I had to do is an IR decoder, which I would use in order to decode the IR codes of my remote control, which will be used later for controlling the lights at home.

For making this I’ve used one IR Receiver Diode - TSOP38238 and the awesome IRremote library. 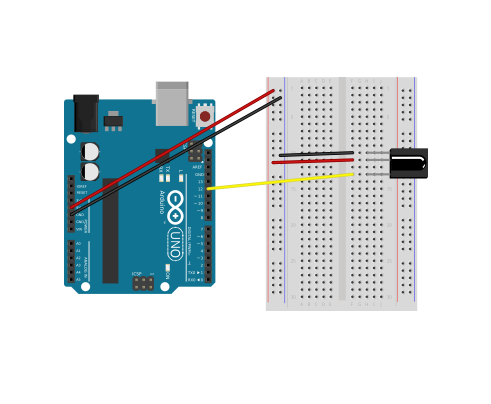 Once putting everything in it’s place I was able to decode my remote control IR codes – the result looked like this: 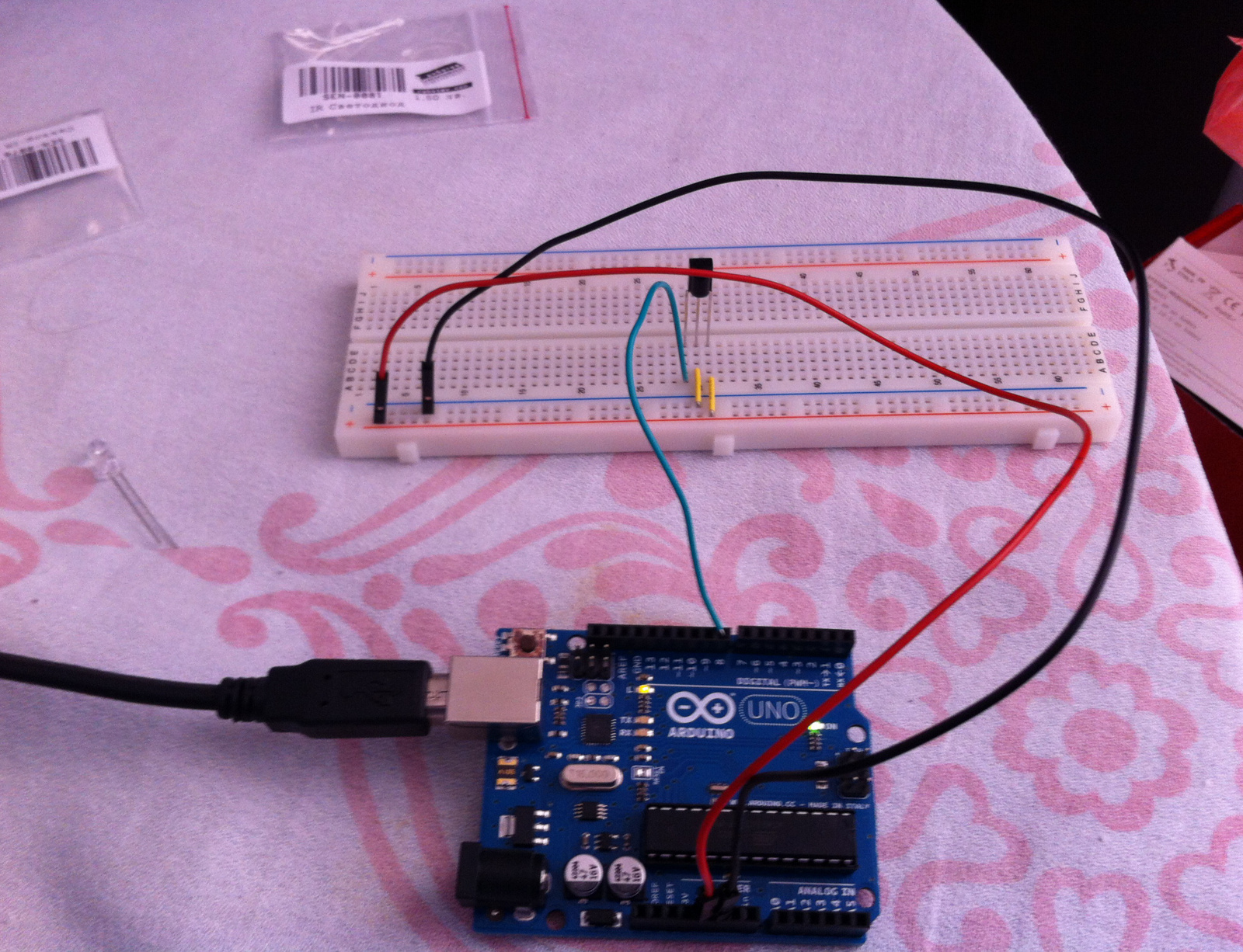 Having an IR decoder is cool, but what is even cooler is creating an IR remote control for your TV using the Arduino!

So, I’ve decided that I would try to build an IR remote control. For this project I’ve used one IR LED with the IRremote library and the IR codes I’ve already decoded for my remote control. 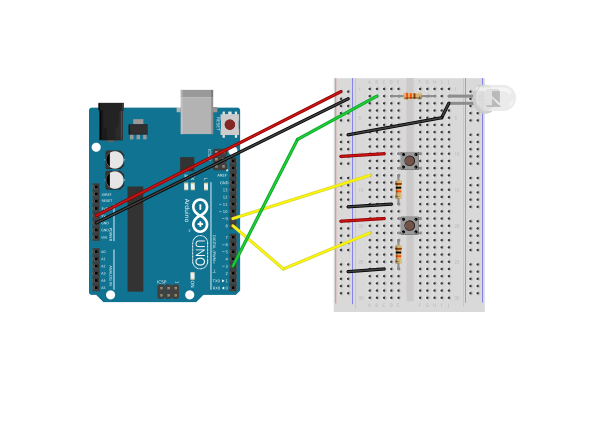 Putting things together on the Arduino and the breadboard and I got my Arduino TV remote control! :)

Code and Arduino sketches for my projects you can find at my Arduino Github repository.

I’ve only just touched the surface and have a lot to learn, but doing things with Arduino is so much fun!